Hockey Team Owner placed on a Peace Bond after Threats 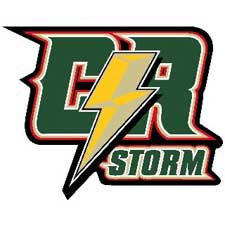 Kevin Spooner, owner of the Campbell River Storm Junior Hockey team, was ordered to obey the terms of a Peace Bond after issuing threats, intimidating and bullying a competing team’s owner and coach.

The Honourable Judge Gouge presided over the hearing in Courtenay,December 2014. The Crown sought a peace bond, pursuant to section 810 of the Criminal Code, after a series of aggressive incidents levelled by Spooner against Comox Valley Glacier Kings owners (Mr. and Ms. Webb) and coach (Mr. Ewing).

On January 24, 2014, Mr. Spooner shouted profanities at Mr. Webb during the third period of a hockey game between the two teams.  Later, he struck Mr. Webb on the head.  Two days later, Mr. Spooner made threatening comments to the Webbs at a hockey meeting. Then, in April 2014, Mr. Spooner confronted Mr. Ewing and pushed him hard enough to cause him to lose his balance.  Mr. Spooner was upset that the Comox hockey team had recruited one of his former players.

Judge Gouge wrote, in his Reasons for Judgement:  “Mr. Spooner believes that his conduct is defensible because “this is hockey and feelings run high.”  A propensity for violence and a gift for physical intimidation are highly-valued qualities among hockey players.  Mr. Spooner believes it appropriate to exhibit those qualities in the course of business dealings off the ice, and sought to intimidate Mr. and Ms. Webb….”

Judge Gouge also advised Mr. Spooner that, had the Crown chosen to charge him with assault for the pushing and hitting behaviours, he would probably have been convicted. Although more than 10 months had passed between the incident and the hearing, the Judge granted the Peace Bond because he did not think Mr. Spooner understood the “error of his ways”, concluding:

“He is clearly of the opinion that, when hockey issues are at stake, physical intimidation is an appropriate communication strategy.  Encouraged by the traditions of his sport, he believes that aggressive confrontations, in which his size and bad temper are intimidating factors, are an appropriate way of resolving disputes.”

Spooner’s involvement with the legal system comes at a time when other bad behaviour in the hockey world have been prominent in the Canadian media: