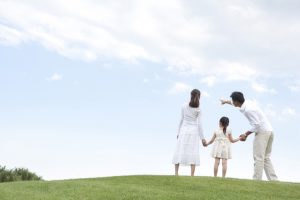 Families can separate and still function as loving and supportive units.

The collaborative law approach can help families heal and remain supportive, especially of their children.

A Vancouver couple received high praise for their co-parenting relationship from BC Supreme Court Justice Schultes on November 12, 2014. Their parenting agreement was reached during the Collaborative Law process. This occurred despite their 2-3 year long battle over division of property, child support, and spousal support.

The couple, known as C.M.M., and D.R.M., began cohabiting in 2004, and married a year later. They concluded an 8-day family law trial in the spring and summer of 2013. They first tried resolving their family law separation via a Collaborative Law process, in May 2011. The trial would have likely been twice as long if parenting had been an issue.

While the couple was not able to resolve their financial matters using a Collaborative Law model, and thus later went to trial, it is evident from the Reasons For Judgment that they were able to negotiate parenting arrangements for their two young sons. The Honourable Justice Schultes noted:

“Somewhat unusually for a family law case and much to C. and D.’s credit, parenting issues were not the most pressing ones in this trial. Although there was reference in their evidence to tension and unpleasant communications between them, it is clear that they have been able to cooperate on many matters concerning the children. Especially notable has been their ability to arrive at a flexible and relatively equal parenting schedule, through a process of ongoing discussion. They have also shared Christmas and Spring Break on an equal basis and had some joint Christmas dinners including D.’s parents, with whom C. is on good terms.”

The couple was able to focus on the needs of the children despite disagreements over the validity of a pre-marital agreement, inaccurate and incomplete financial disclosure on the part of the major financial contributor to the marriage, and a dramatic difference in the value of their pre-marriage assets.

“The parties’ dislike of each other aside, on the evidence before me, this is quite a high-functioning parenting arrangement, and in these situations a court should strive mainly to support and enhance the arrangement, taking care not to “fix” what is not broken.”