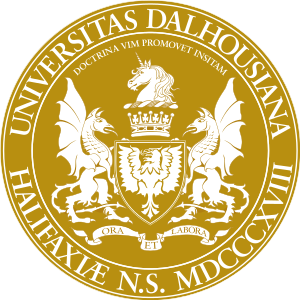 A prestigious Canadian University is in the grips of a media firestorm, scrutinized for its handling of the insensitive and hateful comments of a group of students.  What is going on at Dalhousie University, and what is at stake?

On December 15, 2014, it was revealed that 13 male dentistry students at Dalhousie University were members of a Facebook group (DDS 2015 Gentleman’s Club).  Posts on this group apparently targeted female colleagues with sexually explicit and hateful comments.

The comments, which were reported by CBC after viewing screen grabs of the site, included statements about female dental students they would like to “hate f_ _k”, and jokes about the use of chloroform on them.

Ryan Millet, one of the 13 male students listed on the Facebook page, revealed that he brought the comments to the attention of one of the targeted female colleagues.  She, in turn, reported the events to University Administration.

What Are the Issues?

What Were The Consequences So Far?

It has been 5 weeks since this story first made national news. The University’s first reactions to the story appeared alarming and reactive, possibly in reaction to other recent news stories such as the CBC/Gomeshi affair (read more at https://www.butterfieldlaw.ca/ghomeshi-allegations-trigger-nationwide-probe-into-sexual-harassment/.)

Millet’s lawyers, Bruce and Sarah MacIntosh, say that he has been unfairly targeted and objected to the hearing being held “in camera”, which meant that media was not allowed to attend (CBC, January 21, 2015).

They also noted that it was 6 Facebook posts that formed the basis of Millet’s suspension, and that he was only involved in 1 of these.  On that occasion, Millet “liked” a photo of a woman sitting on steps which had a sign under it saying “public entrance.”

Bruce MacIntosh stated:  “There are important issues of both credibility and influence, or undue influence that we wish to explore at this hearing as to what led to the circumstances where everybody was thrown into the same pot together without any investigation other than the mere existence of the Facebook, suspended with consequences that are extraordinary.”

The 4 1/2 hour hearing was adjourned.