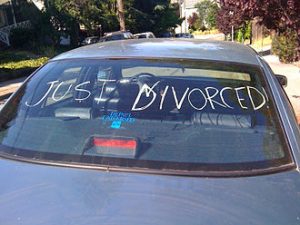 Divorce rate higher for online couples compared to those who met in person.

An American study of 4002 respondents has found that the divorce rate for couples who met online was 4 times greater than those who met in person.

The breakup rates for dating relationships was also higher for couples who met online, when compared with those who met through other means.

Paul Aditi, the Michigan State University Researcher who published the study in the journal Cyberpsychology, Behavior, and Social Networking also found that, in addition to the method in which the couple met, their relationship quality and duration were also found to be significant predictors of a couple’s breakup.

The researcher of the study put forward three possible explanations for the results:

1.  Online dating may provide individuals with too many options, and they are less likely to commit to one partner.

2.  Relationships that start online may take more time to develop.

3.  Online daters may take more time to develop relationships because they want to build trust, given the possible negative stigma associated with online dating.

This Michigan State study contradicts a study of over 19,000 people, funded by eHarmony and overseen by University of Chicago Psychology Professor John Cacioppo.  That study suggested couples who met online actually had fewer divorces, and higher marital satisfaction, when compared with “offline” couples.

Thirty-five percent of American dating relationships now start online, according to Eli Finek, a Social Psychology Professor at Northwestern University.  While he agreed with the “proportions” found in the eHarmony study, he stated, “I’m always a bit wary when a project is entirely funded by a private organization that clearly has a vested interest in the results.”

According to a 2013 Macleans article, 30-40 million North Americans now use online dating sites.  There are more than 1,500 dating websites, and it is an industry worth over $1.5 billion dollars.