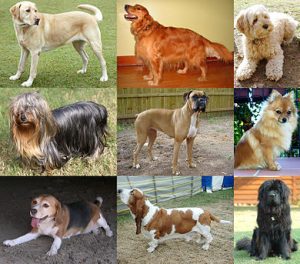 White Rock woman convicted of dog theft claims to have been rescuing the dogs.

Dog Thief or Dog Rescuer?  Janet Olson, a 61 year old White Rock woman, was sentenced on 2 charges of theft and one charge of breaking and entering for unlawfully taking a dogs from back yards in Chilliwack, Richmond, and Coquitlam, between March 2009 and November 2011.

Ms. Olson, who was a founder and director of “A Better Life Dog Rescue”, initially faced 38 charges, but pled guilty to 3 counts.  On February 24, Judge Melissa Gillespie sentenced Olson to a 90 day Conditional Sentence, a curfew, and 30 hours of Community Service.

In 2012 Louise Reid, a colleague of Ms. Olson who had been arrested with her in Coquitlam, settled her case and was required to pay $2,500 restitution to the owner of one of the dogs, along with  a conditional discharge, and a year’s probation.  Several other volunteers with the society were diverted to alternate measures programs for their involvement in the thefts.

In 2013, “A Better Life Dog Rescue” was a registered charity with total revenue listed as $44,375.  Their Canada Revenue statement listed $15,737 of this money as funds received from the federal government, with the remainder from private donations.  The organization stated on its website that it had rescued and re-homed over 600 dogs.

Ms. Olson expressed frustration with Canadian anti-cruelty laws and the performance of the SPCA.  She denied being a dog thief. Regarding the court case which spanned several years, she stated, “I guess it’s up to the public to decide if this was a really valuable use of their hard-earned taxpayer money and if they think this was in their best interest.” (Jennifer Saltman, The Province, February 24, 2015).

In her reasons for sentence, Judge Gillespie stated:

“I accept Ms. Olson is passionate about her cause, she believes her pursuits are noble and she feels that the laws aren’t adequate, however I also find that her actions and pursuits of taking the law into her own hands and becoming the arbiter of what is acceptable regarding the treatment of animals oversteps the boundary of what is permissible for the citizens of Canada, no matter how noble their motivations.”