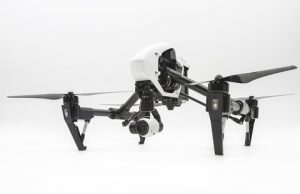 DJI Inspire 1 with Dual Controller retails for $4,419.00 CAD at http://store.helivideopros.com/

Drones, mini-helicopters equipped with high definition cameras, have been used by burglars as well as police, in relation to criminal activities.

Drones, mini-helicopters equipped with high definition cameras, have been used by burglars as well as police, in relation to criminal activities.

On May 18, the Telegraph reported that Suffolk Police received reports of drones being used by burglars to “case” properties for theft.  In the U.S.A., a theft ring dubbed the “Tub Gang” have allegedly been using drone surveillance to plan thefts in the New York and New Jersey.

Thieves can easily fly their drones over electric gates and wire fencing, to collect information and plan their crimes. Using drones, they can determine if a property is vacant, identify weak spots in home and commercial security such as older patio doors or french doors, determine layouts of properties to develop entrance and exit strategies, identify alarm systems to disable, and to monitor police activity in their target areas.

Operators could face criminal charges, if the drones were used to commit a criminal offense. However, it can be difficult to determine the identity of the person flying the drone, (due to the operator being out of sight) and the fact that drones do not have any licensing or identification attached to them.

Operators can also face criminal charges if their drone is flown too close to an Airport.

Drones, or “Unmanned Air Vehicles” (U.A.V.s), have been used by hobbyists and commercial enterprises for travel films and events.  They have also been used by scientists to track wild animal populations.  Anyone can fly a drone, as long as it weighs less than 35 kg, and flies under 400 feet.  They cost anywhere from $75 to $15,000.

Commercial users of drones require a special Flight Operations Certificate under Transport Canada, and can face fines up to $25,000 for operating the drones without a license.

However, hobbyists using drones in Canada do not require a license.  Ciara Bracken-Roche, a Ph.D. candidate at Queen’s University stated, “Right now in Canada, we don’t have any laws that regulate recreational drones, especially in terms of privacy.”

The CBC reported in August 2014, that Vancouver Police fielded about a dozen drone related complaints in their city.  It is believed that most of these related to invasion of privacy.  In April 2015, the City of Richmond banned drones in its parks and school grounds.

Police have been using drones for the past several years to assist them in watching over large protests, and in search and rescue operations.  They, too can use drones to provide surveillance on suspects.  When police seize video evidence from suspects who have used drone cameras, this evidence can also be used at trial.