Drunk Driver Reports Himself To Police 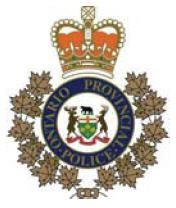 An Ontario drunk driver hit rock bottom – and used that moment to try turning his life around by reporting himself to police.

“In all my years of policing, I’ve never heard of anybody doing this before,” Ontario Police Constable Kevin O’Neill told the Toronto Star. A drunk driver reporting themselves is unheard of.

Fifty-five year old Donald Dummer drove his car from Essex to Leamington, on the morning of March 17.  He pulled on to the shoulder of the highway, and called 911.  Police arrived to find Mr. Dummer at the side of the road, with a half-empty bottle of Wiser’s whiskey in the vehicle. His blood alcohol measured 0.29.

Crown Counsel Craig Houle explained, “For most individuals, at that level, they wouldn’t even be able to make a phone call because they’d be passed out or otherwise unconscious.”

Dummer pled guilty to impaired driving in the Ontario court on Tuesday May 26, 2015.  His defence lawyer, Daniel Topp, submitted that his turning himself in should be a positive factor in consideration of his sentencing.

This was not the first time Drummer had been a drunk driver. The Crown Counsel, Craig Houle, argued that Dummer’s convictions for impaired driving in 1985 and 1994 should factor into his sentencing.

Mr. Dummer stated, “I have an alcohol issue, like a sincere one, which I’ve known for years and I just pulled the rug out from under myself and said I’ve had enough.”

Dummer has since been attending Windsor’s Brentwood Recovery Home, a residential treatment facility for alcohol and drug abuse.

After pleading guilty to impaired driving, Mr. Dummer was sentenced to a one-year driving ban, 12 months of probation, and a $1,400 fine.

Drunk driver is also known as impaired driving and driving under the influence.