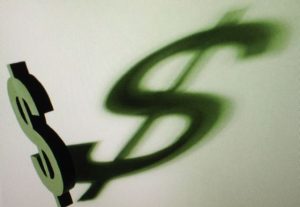 Mike de Jong, B.C. Minister of Finance, has introduced a new bill that could refuse renewal of drivers’ licences for those who have unpaid student loans or court fines.The proposed bill was introduced in the legislature on February 26, 2015 and would expand the Insurance Company of B.C. (ICBC)  function as debt collector.

This program is already in use as a mechanism for collecting toll bridge fines and unpaid child support.  Refer to our January 26, 2015 blog article.

In most cases, the government will not pursue these measures if you have made arrangements for an extension, or if have been making payments toward the debt.

“People move around a lot and tracking people down can be costly,” said de Jong,  (Lindsay Kines, Times Colonist, Feb. 27, 2015), noting that collections would be made easier by connecting the debt with the debtors when they apply to renew their driving licences.

De Jong stated that B.C. is missing out on collecting approximately $186 million dollars in defaulted student loans.  Chair of the Canadian Federation of Students, Zachary Crispin, cautioned that blocking licence renewals could limit former students’ ability to work and in fact make it more difficult for them to repay the loans.

In the case of unpaid court fines, debtors are currently sent a letter with a warning that the debt must be paid within 30 days.  After that time, the debt may be forwarded to a debt collectors’ agency, the debtor may be blocked from renewing their licence, or the debtor may even be sent to jail.

Fines can be applied as part of the sentence for a variety of offences, ranging from breach of probation order to break and enter, sexual assault, and even murder.

For further information on criminal offences and sentencing, click here:

When a person is unable to pay a court fine by the due date, it is recommended that they pay as much as they can and then either ask for an extension, or ask for default jail time.

The Legal Services Society has an information sheet for further information on court fines and what to do if you can’t pay your court fine, click here:

De Jong has not ruled out expanding the collection program to collecting unpaid parking tickets from municipalities, stating that there “could be an opportunity” for that in the future.

If you have not been able to renew your driver’s licence due to “Motor Vehicle Indebtedness”, the following information sheet may be helpful to you.  Click here: