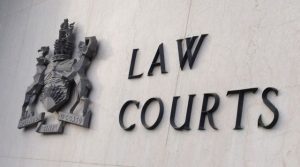 A Vancouver area woman now has a fighting chance of keeping her children in Canada, thanks to a reversed decision by B.C.s Legal Services Society (L.S.S.).

The Woman, known only as P.G., to protect her children’s identity, feared that her ex-husband would not return their two children from India if he were allowed to take them their for a vacation. Her ex-husband applied to vary an existing order preventing him from removing the children from B.C.

“I desperately need legal representation to ensure my voice and concerns for my children are heard,” said P.G. (CBC News, November 19, 2014)

The Legal Services Society first denied the woman’s application for Legal Aid support, in part because the onus is on the ex-husband to prove that it was in the children’s best interest to take them to India in the first place. When P.G. did not qualify for Legal Aid, she filed a petition in B.C. Supreme Court for a judicial review.

The woman’s poor English skills, and her concern over her husband’s allegedly manipulative and emotionally abusive behavior were also cited as possible reasons that she should receive Legal Aid, and not continue the fight as a self-represented litigant. None of the allegations in this case have yet been proven in court.

Legal Aid Services are clearly in high demand; a situation that has been further hindered by cuts in funding from the province. “Two out of three people who come through the door for a family problem are refused legal aid right now,” said Benton.

The Legal Services Society is an independent, non-profit organization funded primarily (94%) by the provincial government (2013 LSS Annual Report). The main part of their mandate is to help people solve their legal problems and facilitate access to justice. They tend to serve low income and vulnerable citizens facing child protection, family, criminal, or immigration legal problems.

The BC government cut funding to Legal Aid by nearly 35 million dollars (almost 40%) in 2002, and since then annual funding has not even kept up with the cost of inflation.

Last summer, members of the Canadian Bar Association and the Trial Lawyers Association of BC began a series of protests, in their attempts to draw attention to the need to increase Legal Aid Funding in the Province.

For more information on this story:

For more information about Legal Aid:

For more information on the cuts to Legal Aid: