Living Together 101: The legal basics 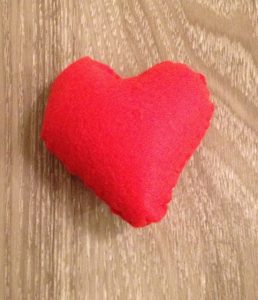 Living together can be a wonderful experience, but if things do not work out, the dream can become a nightmare.

Over the last 20 years, many more couples are deciding to live together rather than marry. When the relationship lasts more than two years, or if you have children together, the relationship is referred to as a common-law marriage. With this designation, a series of property, support and debt obligations arise. (More about common-law spouses)

The law gives couples a lot of freedom over how they order their affairs. If a couple does not want to be considered common-law spouses, they can agree to this arrangement. The difficulties arise when couples separate, and one says they agreed not to be common-law spouses while the other denies this agreement. The best protection is a Cohabitation Agreement. (More about Cohabitation Agreements)

Cohabitation Agreements are very common, especially when couples have property, pensions, or involve children from another relationship. They are used to form an agreement on spousal support obligations and division of property, if you separate. They are also important if your partner has a former spouse who may draw you into their conflict.

In 2013, the law in British Columbia changed to make common-law relations more like marriages. It also changed to make one partner responsible for the debts that the other partner incurred during their relationship. This has created a lot of concern among couples that cohabitated before the new Family Law Act came into effect, and now find themselves liable for their partners’ debt. (More about debt division)

Stepparents also may find themselves on the hook for child support unless there is a documented agreement that states that the stepparent is not assuming any liability for the children. (More about stepparent child support).

Under the Family Law Act, common-law spouses have a spousal support obligation for each other. In 2006, the Federal Government introduced the Spousal Support Advisory Guidelines, which have made these obligations more clear. However, this obligation can be substantial depending on the length and nature of the relationship. A Cohabitation Agreement can be used to define and limit these obligations.

A Cohabitation Agreement is a valuable tool for protecting both partners. It also allows a couple to keep control over their lives. It establishes the parameters of your relationship and how you will deal with issues arising at separation. Child support, spousal support, property and pension division, and debt are all important issues. Protecting you pre-relationship assets is also vital. (More about preparing a Cohabitation Agreements).