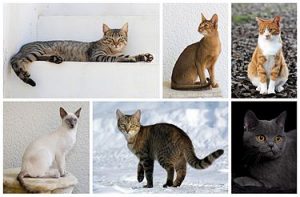 Do these fine felines need a license?

Should your cat have a license? That is the question many in Nanaimo are asking.

City Councillors appeared to be compelled by the recommendations of Nanaimo S.P.C.A. Shelter Manager Leon Davis.  Mr. Davis noted that the new cat licensing by-law will make it easier to connect missing cats with their owners.

The wording of the by-law will be developed following consultations with the Council, the S.P.C.A., Nanaimo Cat Nap Society and Animal Control. Related issues involve the cost of licensing, and whether or not a tag or microchip will be used. Davis proposed offering a lower licensing fee for spayed or neutered cats.

Calgary adopted a cat licensing program in 2007, and evidenced a 35% reduction in impounded rates for felines during its first 6 months.  By-law officers had the power to issue tickets for unlicensed cats, ranging from $25 to $250.

In the Greater Victoria Area, the costs for licensing a dog ranges from $26 to $60 per year, depending on the District, and whether or not the animal has been spayed or neutered.  Such licenses can be purchased from Victoria City Hall, Victoria SPCA, and many local pet stores.