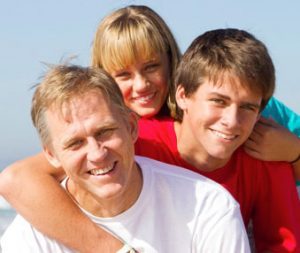 Families can remains close, but it take an honest commitment by both parents to make this a reality.

“Parental alienation is the term used to describe the overall problem of children being encouraged by one parent — the favoured parent — to unjustly reject the other parent – the targeted parent” (Amy J.L. Baker, Ph.D.).  This pattern of behaviour is different from normal adjustment to divorce, and puts children at risk by distorting, limiting, and even eliminating their relationship with one of their parents.

Dr. Baker is an internationally renowned Psychologist, based in New York.  She, and two other experts recently testified in a B.C. case of Parental Alienation.  In this B.C. Supreme Court Case,  2016 BCSC 676 C.J.J. v. A.J.  a mother (C.J.J.) alleged that her 16 year old son had been alienated from her by his father (A.J.).  The parents divorced in 2012.

This family showed many of the hallmarks of a high conflict divorce- numerous calls to the Ministry for Children and Families (MCFD), and a variety of court hearings.  There were also conflicts over family vacations and trips, disagreements about who held the children’s passports, and disputes over support, frozen bank accounts, and division of property.

Alienation is different from estrangement, which occurs when a child rejects a parent for seemingly good reason.

Dr. Baker developed a 5-factor model for diagnosis of parental alienation.  These factors are:

A second Psychologist, Dr. Worenklein, testified as an expert witness in this case.  He is a Montreal based Psychologist, who has conducted 400-500 custody and parental evaluations since 1980.  Dr. Worenklein reviewed documents, interviewed family members, and observed interactions within the family.  He, along with Parenting Alienation treatment specialist Dr. Reay, concluded that the child had been alienated from his mother.

Unfortunately, many cases like this require the testimony of expert witnesses to prove that Parental Alienation has taken place.

However, Mr. Justice Blok, clearly noted some of the alienating behaviours that the child’s father, A.J., exhibited in this case:

Following his reasons for judgement, Justice Blok ordered that the child attend the Family Reflections Reunification Program (FRRP) run by Dr. Kathleen Reay.  Moreover, he specified that the child would remain in the program until Dr. Reay recommended otherwise (for a period up to 12 months).  The father’s custody of the child was suspended, and sole custody awarded to the child’s mother.  There was also a police enforcement order put in place.

Jayne holds a Masters in Psychology and is a highly experienced Divorce Coach and Child Specialist. She is currently working with the Administrative Department of Butterfield Law.

Michael Butterfield is the Principal Lawyer and Mediator with Butterfield Law, and can assist with negotiations, mediations, writing separation agreements, and providing independent legal advice on existing or proposed agreements.  He is located in Victoria, B.C.