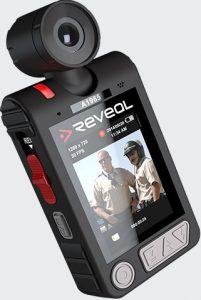 Research shows that cameras effect both police and suspect’s behaviour.

Being aware that you are being filmed improves both the behaviour of police and the public, according to a Cambridge Criminology Professor.

Dr. Barak Ariel conducted a 12-month study with 988 police officers in Rialto California (www.link.springer.com/article/10.1007/s10940-014-9236-3).  He found that cameras placed on the uniforms of randomly assigned police officers helped to reduce incidents of aggression from the public, as well as accusations of police misconduct.

During the experiment, use-of-force by officers wearing cameras fell by 59% and reports against officers dropped by 87% when compared against the previous year’s figures.

Dr. Ariel reasoned that the reduction of violent incidents was the result of greater self-awareness of all parties involved in police confrontations.

“An officer is obliged to issue a warning from the start that an encounter is being filmed, impacting the psyche of all involved by conveying a straightforward, pragmatic message: we are all being watched, videotaped and expected to follow the rules,” said Ariel.

Dr. Ariel and his colleagues are currently undertaking further studies in 30 police forces ranging from Northern Ireland to Uruguay.  The results are expected to be presented at an international academic conference in July 2015.

The use of police body cameras also has potential implications for prosecution evidence at trial, and concerns over police storage of video data.