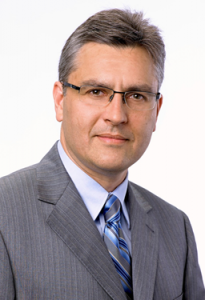 Some residents may have thought Mayor Atwell paranoid, or at least that he had over-reacted when he held a press conference on January 12, 2015.  At that time, Atwell informed the public about his District’s use of Spectre 360 (Spectre), an employee monitoring program, and initiated a police complaint about its use.  Elizabeth Denham, Privacy Commissioner, released her Office of the Information and Privacy Commission Report on the matter, on March 30, 2015.

Ms. Denham and her team identified that the Spectre program was installed on 13 computer stations, targeting the must high profile users, such as the Mayor, those used by Councillors, the Fire Chief, Directors, and Executive Assistants.  She also found that the program, which was recommended by the Assistant Manager of the I.T. Department, and authorized by both the Manager of the I.T. Department (Forrest Kvenshagen) and the Director of Corporate Services (Laura Ciariello), was perhaps an inappropriate choice for the District.

Saanich Police found no criminal actions in relation to the installation of the program.  Ms. Denham noted that the Police did not consider the breach of other B.C. or Federal Laws in relation to Mayor Atwell’s complaint.

While the District’s interest was to boost protection against potential breaches in security, the Specter program’s purpose was to monitor employee’s work stations.  Spectre records and saves every email for 30 days, records every keystroke, and takes a screenshot recording every 30 seconds.

One of the main problems with installing Spectre on the Municipal computers, was that it recorded personal as well as government information.  Employees were allowed to use the computer stations for “incidental personal” computer use.  This meant that personal information such as passwords, banking information, and even lab reports were collected by the municipal government.

Moreover, employees were not adequately notified about the collection of personal information.  Their only notification came in the form of a “Network Access Form”.

Ms. Denham made 5 main recommendations for Saanich, with regards to their implentation of the program- which revealed problems with Saanich’s awareness about the Freedom of Information and Protection of Privacy Act (FIPPA).  This included provision of training for employees on freedom of information and privacy, a comprehensive audit, and a privacy management program.  She suggested that Saanich hire a Privacy Officer to bring the district up to FIPPA standards.