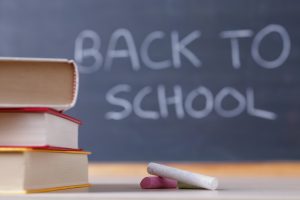 BC court finds school attendence a major factor in a change in custody.

A June 2015 B.C. family court case judgement  shows the importance of a child’s attendance at school, when parents disagree who the child should live with.

The 11 year old boy, “BG”, had been living primarily with his mother “NMJ”  in a Stewart B.C.  His father, “DCG”, lived in another small town close to Smithers, and nearly 5 hours away from the mother’s home.

This family case initially came to the courts when BG’s mother, NMJ, applied for retroactive child support and an increase in child support.  She also previously applied for an order that would have prevented her son from having contact with his father.

BG had been diagnosed with Anxiety Disorder and Attachment Disorder. He had in fact been assessed by several specialists: Pediatricians, Psychologists, Ministry for Children and Families Mental Health Counsellors, and finally a Family Justice Counsellor.

Another issue was that B.G. co-sleeping with his mother.  The Mental Health Counsellor had made recommendations for increasing B.G.s independence, particularly with the sleeping issue. However, NMJ was not able to see him through the program.

Moreover, NMJ was not able to get BG onto a routine where he would attend school regularly, or do his school work regularly when he was at home.

BG’s father, DCG, testified that he would instate an “early to rise, early to bed” arrangement in his home, and stick to a routine to help his son manage his anxiety.  While DCG did notice some social and behavioural problems when his son spent long weekends with him, there seemed to be fewer episodes in his home.

In his Reasons For Judgement (June 2, 2015), The Honourable Judge Birnie stated his observations that DCG “was a calm, thoughtful and straight forward witness.  While he feels NMJ is not parenting in BG’s best interests because of the schooling issue he does not appear to bear any anger or resentment toward her.”

In his interview with a Family Justice Counsellor, BG described enjoying visiting his dad, and looking forward to having his own room.  Although his preference was to stay living with his mom, he wanted to spend more time with his father.

Counsel for NMJ (mother) argued that BG’s anxiety issues made a move to his father’s home “risky”. Counsel for DCG (father) argued that there was a greater risk leaving him in the same situation that created the difficulties with his educational plan and socialization.

Ultimately Judge Birnie considered the child’s best interests in determining a change in custody was required. He found that BG’s father had a solid and realistic plan for his son, and intended to make use of counselling services, and the child’s Pediatrician in Smithers.   He stated, “I also see a move to live with DCG as the only viable plan for getting him back into school.”

Thus, the Judge ordered that the parenting time and responsibilities change dramatically, with the father having primary parenting time with BG, and the mother exercising parenting time on long weekends and some sharing of holidays. This change in custody came as a shock to the mother.