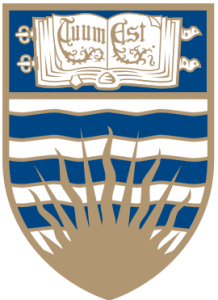 The University of British Columbia is located in Vancouver, BC

Former tenured kinesiology Professor James Rupert, pled guilty to voyeurism after secretly filming women undressing. Mr. Rupert admitted to secretly filming four women, who were at least partially nude, while they changed for a fitness test, between January 14 and April 16, 2014.  The videos were used for his own sexual purposes, and not distributed.

The University of British Columbia newspaper, the Ubyssey, reported that it was a graduate student assisting Rupert whom detected the videocamera, which was found in a tool box with holes in it labelled “old computer stuff”.  The graduate student informed another faculty member who then notified police.

Mr. Rupert resigned from his position at U.B.C. after charges were laid against him.  On Tuesday February 3, 2015, Justice Kathryn Denhoff sentenced Rupert for secretly filming these young women to a suspended sentence with 15 months probation, and 80 hours of community service. He was also ordered to get counselling, not to have any contact with his victims, and not to use recording devices.

Prior to his offence, James Rupert was known for studying DNA tests capable of detecting blood doping in athletes.

Rupert’s case is somewhat similar to that of Allan Bosomworth, who was the co-owner of Vancouver restaurant Two Chefs and a Table.  Bosomworth pled guilty to recording and observing patrons while they were using the small restaurant’s only washroom.  The washroom was also used as a changing room for staff.

Bosomworth’s offences took place between December 14 and 18, 2012.  The USB key sized camera was  discovered by the restaurant’s other owner, Karl Gregg.

On January 14, 2015, Judge Harbans K. Dhillon sentenced Bosomworth to a suspended sentence with 12 months probation and 60 hours of community work. He too was ordered not to use recording devices, and to take counselling as directed by his Probation Officer.

In both cases, the Judges recognized that the crimes involved significant planning and a breach of trust and privacy.  The devastating effects upon the mens’ careers and their remorse was also a factor in sentencing.  However, as Judge Dhillon stated in the Bosomworth case:

“Mr. Bosomworth’s rehabilitation remains relevant but, on the facts giving rise to this offence, the public interest requires a focus on general deterrence, denunciation and protection of the public.”